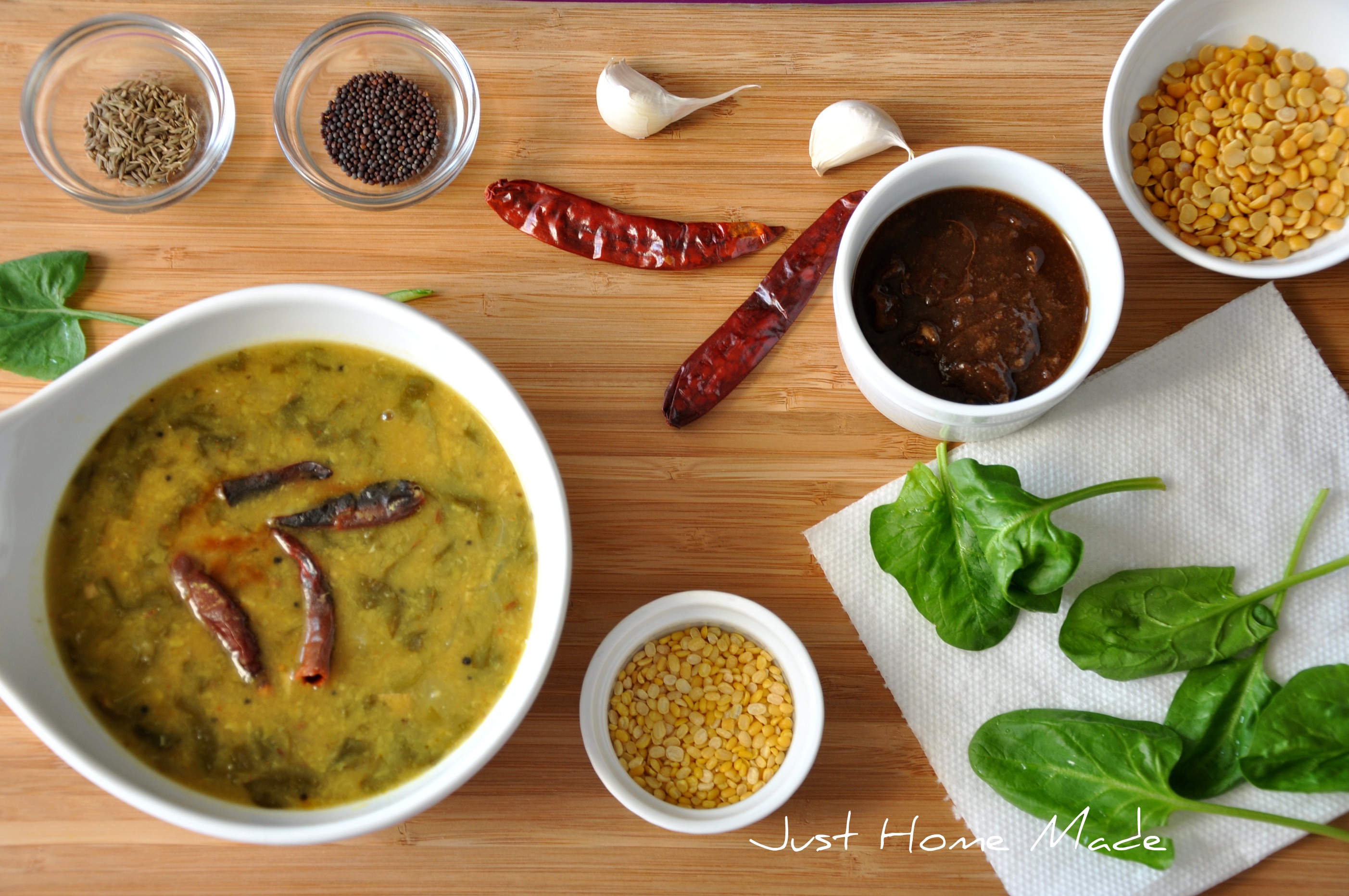 Pappu meaning “Cooked lentils” (in Telugu) has a special place in South Indian food culture, especially the Andhra cuisine. It is not surprising as lentils play a vital role as one of the main sources of protein for vegetarians in South India.

A homely Andhra meal is never complete without a portion of “pappu”, be it just plain cooked lentils out of the cooker or one, slightly elaborate. So much so that, in fact, in colloquial Telugu “Pappu suddi” is a term coined and often times used humorously to refer to someone as a simpleton or “one who does not know beyond his pappu”, to be precise.

Pappu is usually served as part of the main course preceded by some spice mixes or “Podi” to be eaten with steamed Rice and a spoon of Ghee and succeeded by Rasam/Sambar and ‘Koora’ – vegetable curry and finished with ‘Perugu Annam’ or Curd (yogurt) rice with a pickle. Plain pappu eaten with Avakkai – a kind of mustard based pickle typical to Andhra, is a popular combination, the topic on which is a Pandora’s box in itself. Just like how Kannadigas are adept at churning out chutneys of every other vegetable, Andhrites are experts in their own right in concocting myriad vegetables and leafy greens with lentils. Think of any vegetable or leafy green and there will be a pappu made with it. Brahmin versions of pappu come with “inguva” (asafoetida/hing) “popu” (tempering) as opposed to garlic and onion.

Andhra is well-known for its spicy cuisine, but this lentil and spinach dish however is neither exorbitantly spicy nor way too dull. Simple, wholesome and completely satisfying is how I would describe this Spinach dal, where the garlic tempering brings out the spinach flavor in a brilliant way. The same recipe can be conveniently adapted to cook with several different leafy greens.

Many prefer to include tomatoes too, as spinach and tomato are such a tasty blast in combination. I know some others who refrain from combining the two as it is believed to have an opposite effect on each other when coupled. Not that I give in to just about any hear-say, but I was told, it seems the condition precipitates in those with a tendency of kidney stones.

Should tomatoes and Spinach not be eaten combined? Is there really a scientific reason behind this, may be something to do with acid and alkali pH balance? Yet to figure out how much meat is there to that.

Do you believe or practice some kind of food combining? Tell me what you think or know about this food combination. Use the comments box. 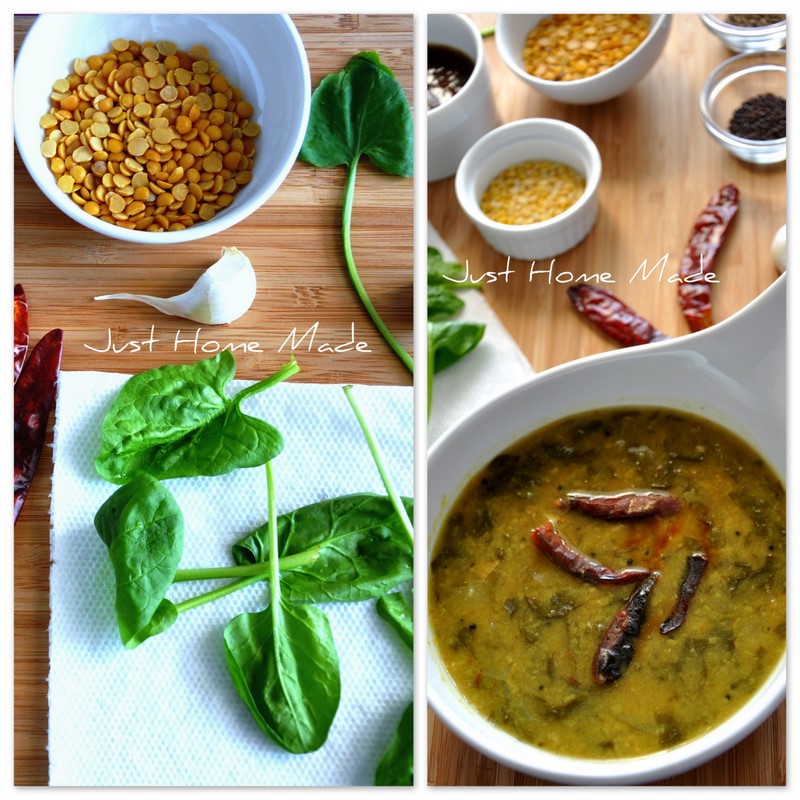 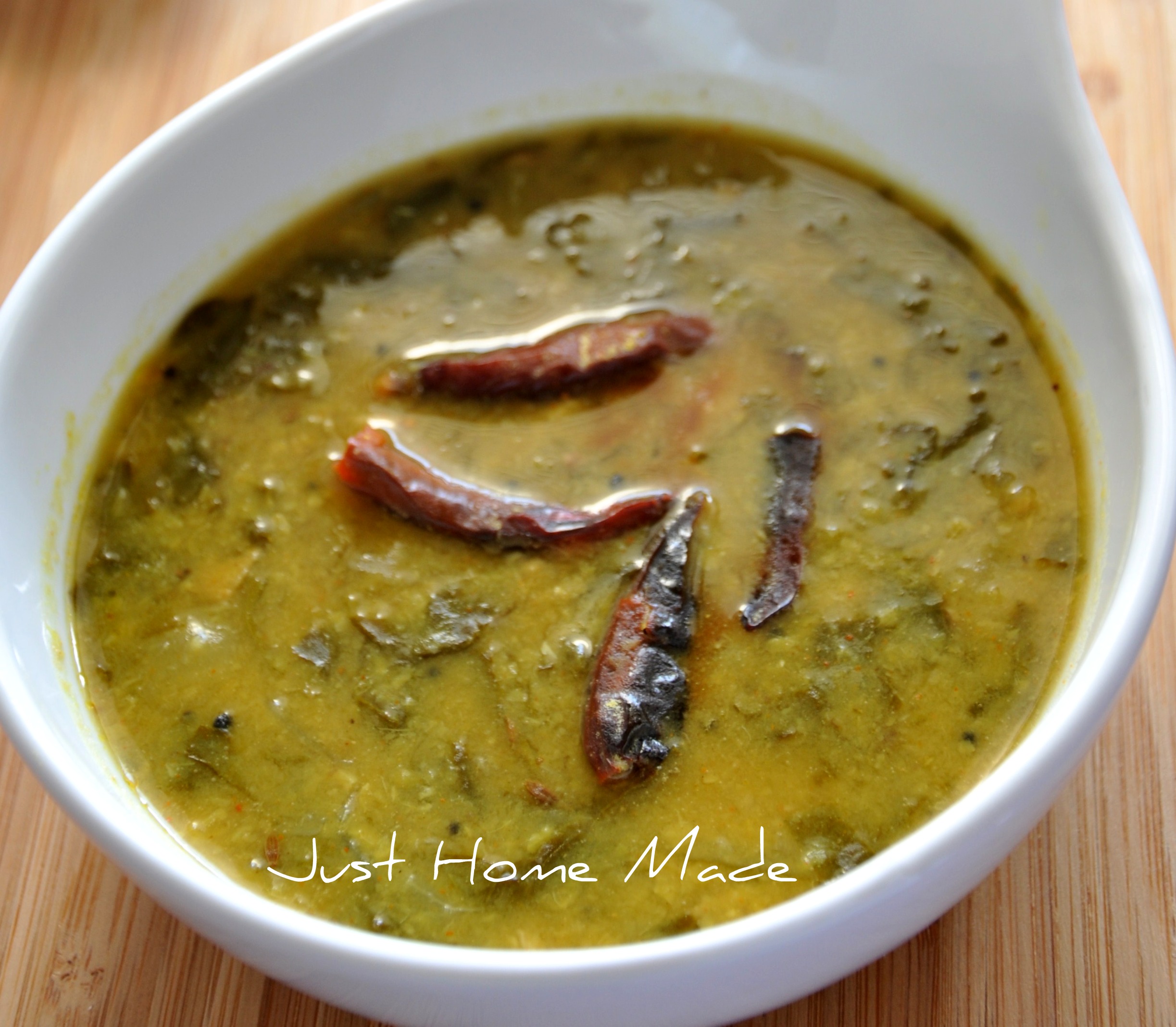 Alternatively, bring the spinach lentils mixture to a boil along with tamarind juice, cumin powder, red chilli powder and salt and simmer. In a kadai or small pan, prepare the garlic tempering and pour the hot tempering over the simmering dal and cover immediately. Switch off and keep aside.

This dramatic technique of dunking tempering into the liquidy dal infuses the aroma of the seasoning ingredients like no other which is why “tempering” a typical Indian term I so often find myself using or encounter on other Indian food blogs, is the signature of South Indian cooking.

The only reason I sometimes don’t take this approach is backed by an ounce of laziness or smartness to save myself from washing an additional utensil, whichever!

Welcome to this little virtual space dedicated to the love and joy of good homemade food. Hope you'll find something that inspires you.. KNOW MORE >>