You know how casual random acts can lead to nice things? For instance, casual browsing on Foodgawker brought me to pause at  these Egyptian Date Crescents that I instantly fell in love with for, I hardly find eggless pastry based desserts that easily. This blog hopping then led to twitter connection.

In the words of Penny de Los Santos whose workshop I recently attended and have been catching myself quoting only her quotes ever since, “Facebook is for those you already know and twitter is for those who you want to know“. Well said.

What are tweets meant for? And that is how I got to know Lynn (@LynnLawandi on twitter) was looking out for someone to guest post while she is moving in and out of condos. Happy to help I was and so was Lynn and that is how this special post has come alive. Lynn has quite a few egg-less desserts like Good old-fashioned Apple Pie, Pear Caramel Ice cream, Plum Tarte Tatin to name a few. So be sure to check her blog.

Over the years, reasons might have changed, but Summer has remained very dear to me. During the pre-teen years, summer was all about a precious vacation with my parents, the only solid three-month long time I would get to spend with them during the entire year. Summers those days were carefree, irrespective of how scorching the sun decided to be. Strolling through mango and guava orchards occasionally helping myself to a few, in a small village in a remote corner of the Karnataka map then seemed like the best way to spend the afternoons. Those were the good old days.

Golden memories are seldom remade. But we sure can create new ones so they turn golden as the years roll. Amidst such teeny whims and fancies this year among all others, summer is special to me for reasons green. My interest in gardening peaked out of the blue off late and the balcony container garden that I expanded during early spring of this year has started showing prolific results. I’m excited more than I can word(ex)press about growing my own herbs – parsley flat and curled, chives, thyme or mint. A realization however late it might seem is yet so true – there’s no greater satisfaction than growing your own silly garden. 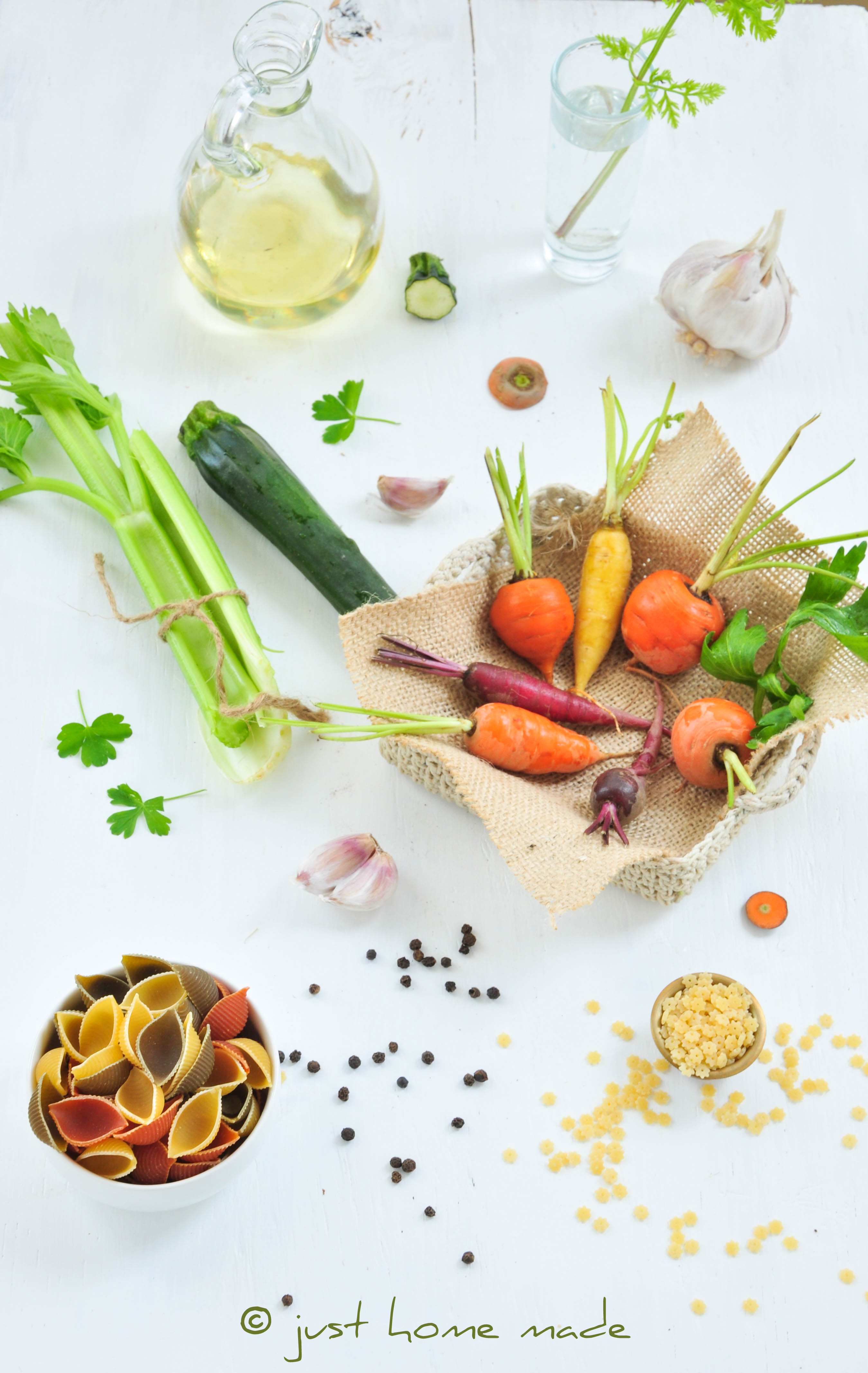 The best produce is one that we harvest from our own gardens tended with our very own hands. No supermarket produce stands tall in front of it.

So, now when I want some of the herbs that I normally don’t frequently use but still need occasionally, all I have to do is step out of the door wide open to the balcony and feel the joy abound.

Similar is the joy of cooking with farmer’s market fresh vegetables.

Given the fresh vegetables and herbs, I couldn’t miss thinking about making a hearty pasta and vegetable soup. Since the day I accidentally made this once, I must’ve made it umpteen times and yet never really came to think of sharing with you.

So, it felt like the right time to introduce this recipe to you through this guest post for Lynn.

Please join me at Lynn Lawandi’s to read more about what she’s having!

Welcome to my little virtual space dedicated to the love and joy of good homemade food. Hope you'll find something that inspires you.. KNOW MORE >>